A cake for any occasion – this moist chocolate cake with a fudge filling and frosting is easy to make and is a favourite with the whole family. 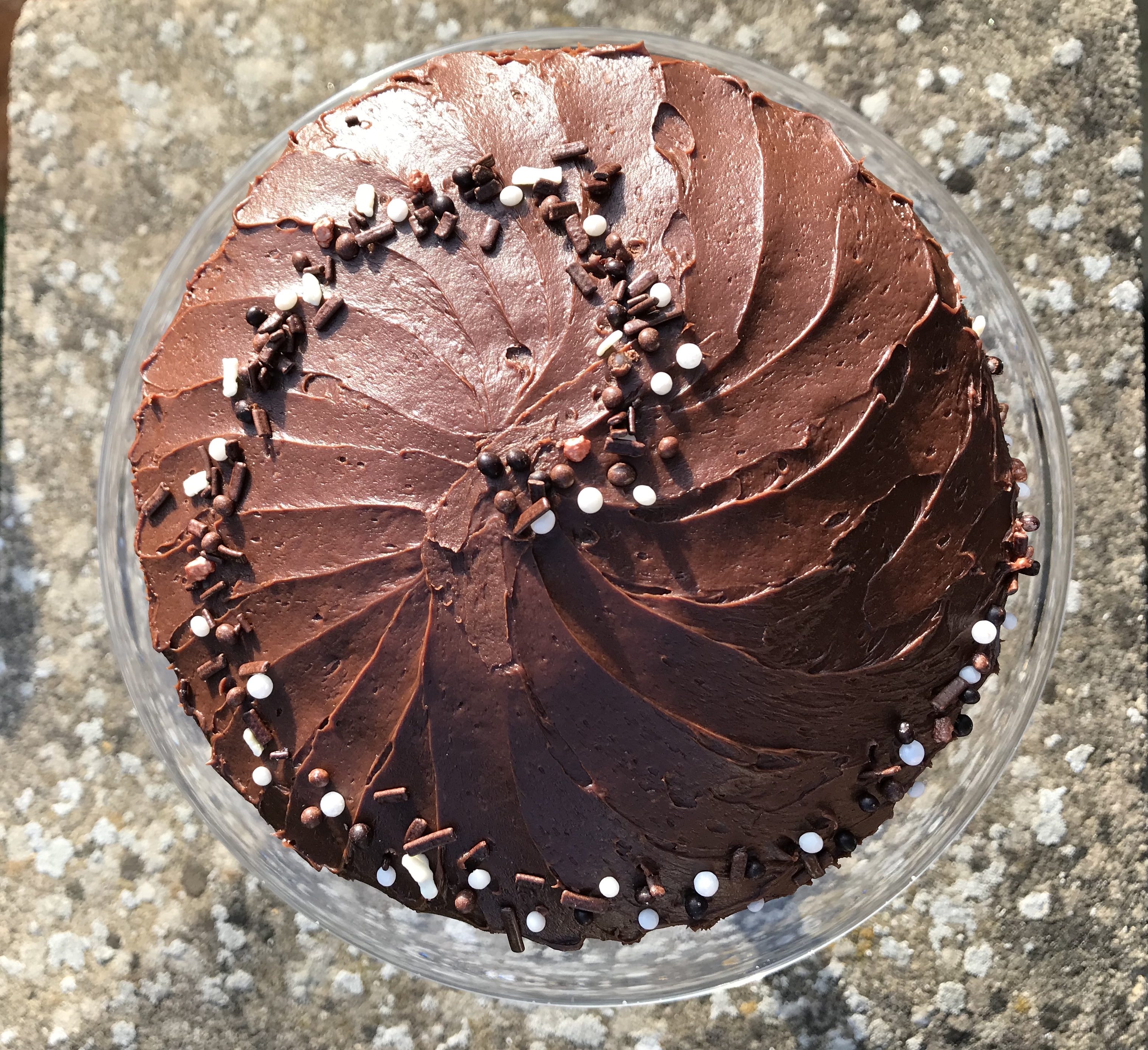 30g Cocoa Powder mixed to a paste with 100ml milk

50g Dark chocolate melted and cooled   – or see tip below

For the fudge filling and frosting

In a roomy mixing bowl cream together the margarine/butter with the sugar until light, pale and fluffy. Whisk in the eggs one at a time, beating really well between each addition followed by the golden syrup.  Fold in the flour then once it is well mixed in add the vanilla and cocoa paste.  Mix really well then stir in the cooled melted chocolate if using.

Divide between the two tins and bake for 20-25 minutes or until the sponges are risen and springy to the touch.

Remove from the tins when cool enough to handle then make the fudge filling.

In a small saucepan place the evaporated milk and the sugar and place on a low heat and stir until the sugar dissolves. Turn the heat up and bring to the boil and allow to simmer for 5 minutes.

In a small bowl break up the chocolate into small pieces then pour over the hot milk/sugar mix. Stir until the chocolate dissolves then add the vanilla and butter and mix well until you have a shiny thick fudge.  Allow to cool then use one third to sandwich the cakes together and the rest to coat the top and sides.

TIP – If your fudge separates or appears grainy.  The higher the cocoa solids in the chocolate the more I have found it is likely to split. It has happened to me once and I have made it many times.  Simply whisk 1 to 2 tbsp evaporated milk into the fudge and it will return to a smooth, silky state.

TIP – The fudge frosting is dark in colour – if you want it paler (to look like a milk chocolate fudge)  simply whisk in an extra 1-2 tbsp. evaporated milk.

TIP – The recipe gives an option of adding melted cooled chocolate.  If you forget to do this before the cake mixing blitz your chocolate to a fine crumb in the food processor and stir that in instead.