Cider Chicken with Mushrooms and Tarragon

I have a Russian Tarragon plant that shows its leaves every springtime and will continue until the first frosts. Stronger than French tarragon but amazing flavours for this chicken dish – made in about an hour. 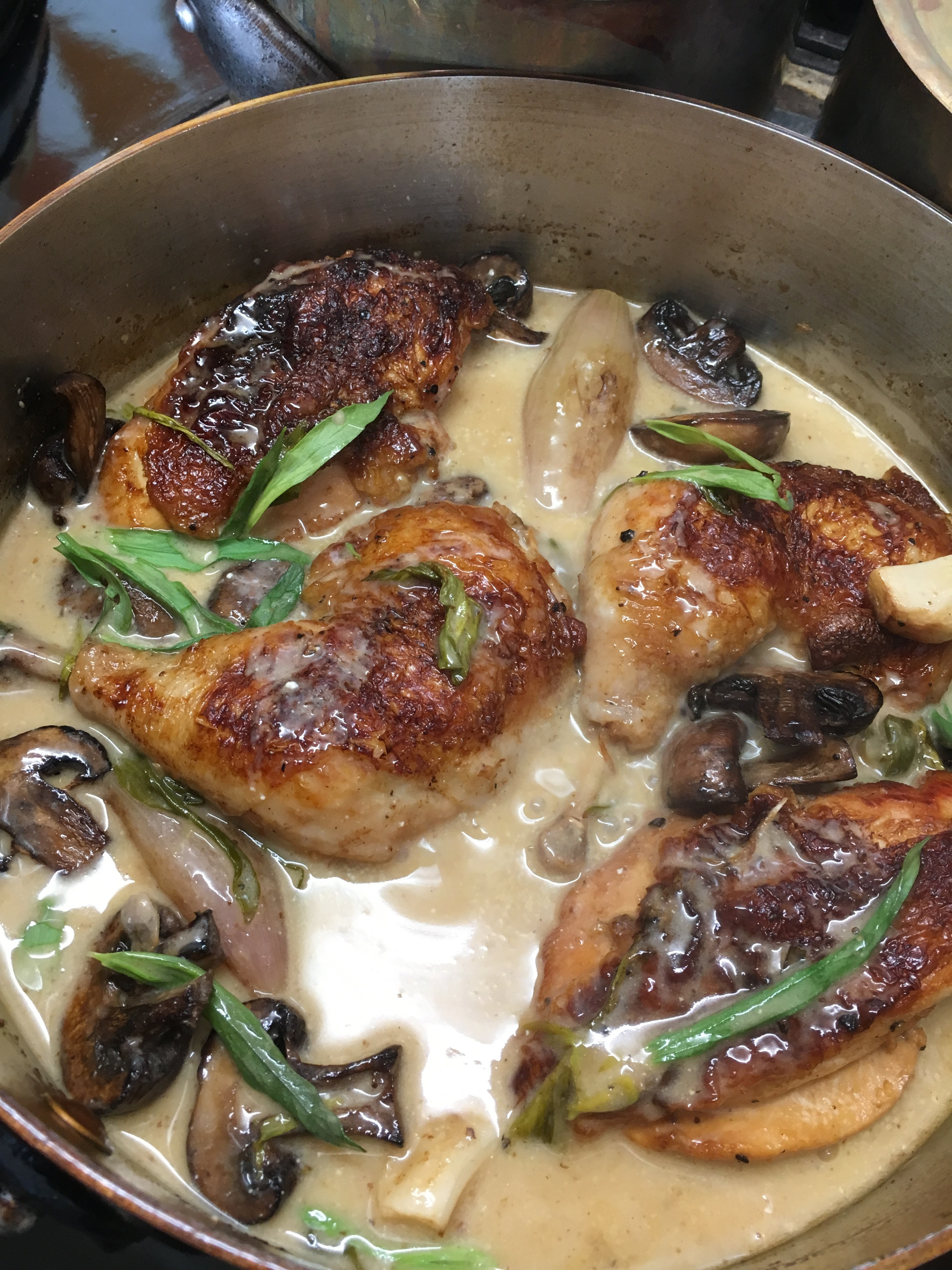 Rhubarb and Orange and Ginger Jam

Start by heating the oil in a large roomy frying pan then season the chicken portions on both sides with salt and pepper then pop them skin side down into the hot fat. Leave to fry for about 5-10 minutes or until the skin is a deep golden brown.  Turn the heat down then remove from the pan onto a plate.  Don’t turn the chicken – you only need to brown the skin side.

Add the shallots and garlic cloves to the hot frying pan and toss these around until they too are golden brown in colour. Using a slotted spoon remove from the pan and pop onto the plate with the chicken.

Brown next the mushrooms until they are cooked through but transfer them to a different bowl – they will be added to the dish at the end of the cooking time.

With the heat on its lowest setting pour into the pan the cider and cider vinegar – it will fizz and splutter but at the same time will deglaze the pan beautifully. Give the cider a stir then add back the chicken, garlic and shallots into the pan.  Strip the leaves from the tarragon stalks and sprinkle about 2/3rds amongst the chicken and sauce.  Season again with salt and pepper then either simmer on the hob uncovered (45 minutes for breasts or 1 hour for legs,)  or transfer to the oven set at 200 degrees for the same length of time.

After the cooking time remove the chicken and shallots from the sauce and transfer to a warm plate. Turn the heat up under the sauce and stir in the crème fraiche and the cornflour – stir well and the sauce will colour up and thicken.  Taste and check the seasoning.

Return the chicken (skin side up), shallots and mushrooms to the pan**.  , Heat through for a few minutes  then sprinkle over the remainder of the fresh tarragon leaves and serve.

I like to serve each person a chicken portion, two shallots, two garlic cloves (which are tender and sweet) and a spoonful of sauce. Serve with new potatoes and a green vegetable.

Rhubarb and Orange and Ginger Jam