These cakes are beautifully light using only egg white in the sponge. Traditionally a cake made with egg whites is called an angel cake – so there you go. 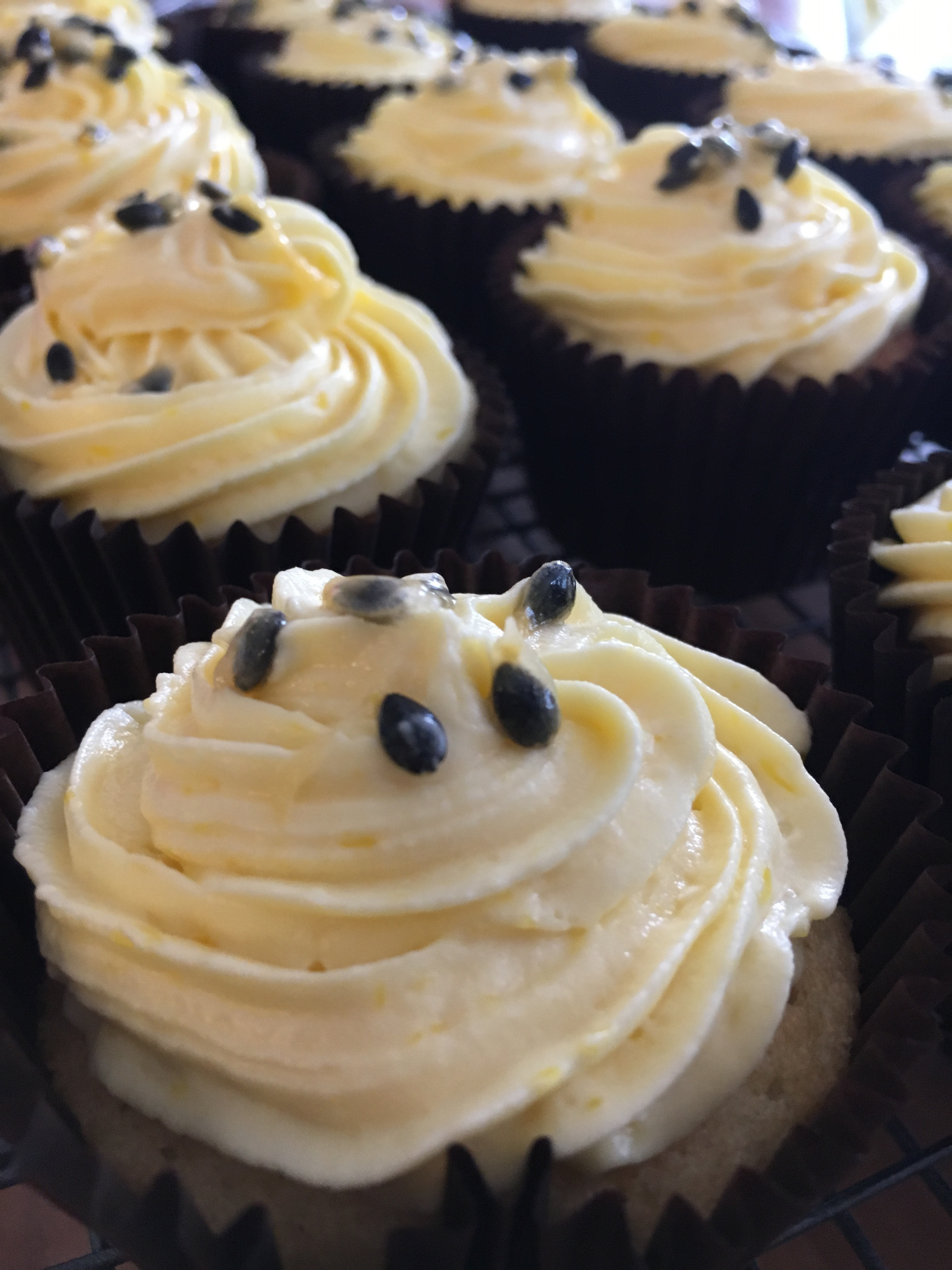 For the cakes or 2 x 6 inch sandwich cakes

For the passion fruit curd

To complete the frosting

You will need a 12 hole muffin tin with cup cake cases or 2 x 6 inch sandwich tins brushed with lining paste and base lined.

Place the eggs in a medium saucepan, beat well then add all the other ingredients. Stir constantly over a low heat until the butter has dissolved then increase the heat and stir all the time until the curd thickens.  Transfer to a jug or bowl and allow to cool completely.

To make the sponge – start by whisking the egg whites to soft peaks then in a separate bowl whisk together the margarine (or butter) and sugar until the mixture is light and fluffy. I then add about one quarter of the milk plus the vanilla and about one quarter of the flour sifted with the baking powder and keep mixing until everything is incorporated.  Repeat until the flour and milk have been added and the mixture is smooth. Finally fold in the coconut and  the whisked up egg whites.  Divide the mixture between the cases or the two tins then bake for 18-20 (25 minutes for the cakes) minutes at 180 degrees until the cakes are risen, golden and firm to the touch.  The sponges are quite pale because of the absence of the egg yolk.

Allow to cool completely on a cooling rack.

To make the frosting simply whisk together the double cream and icing sugar until thickened (but not too much !).  Fold in the passion fruit curd.  Pipe the cream over the cakes and top off with a few passion fruit seeds.