Eve’s pudding is a British classic first referenced I believe in 1824. Often made traditionally with ground almonds though they can be expensive. My version has a few twists, is naturally gluten free, inexpensive yet still tasty and wholesome. Classic made with apples but in the spring I have discovered a fondness for this pudding made with rhubarb, orange and ginger. 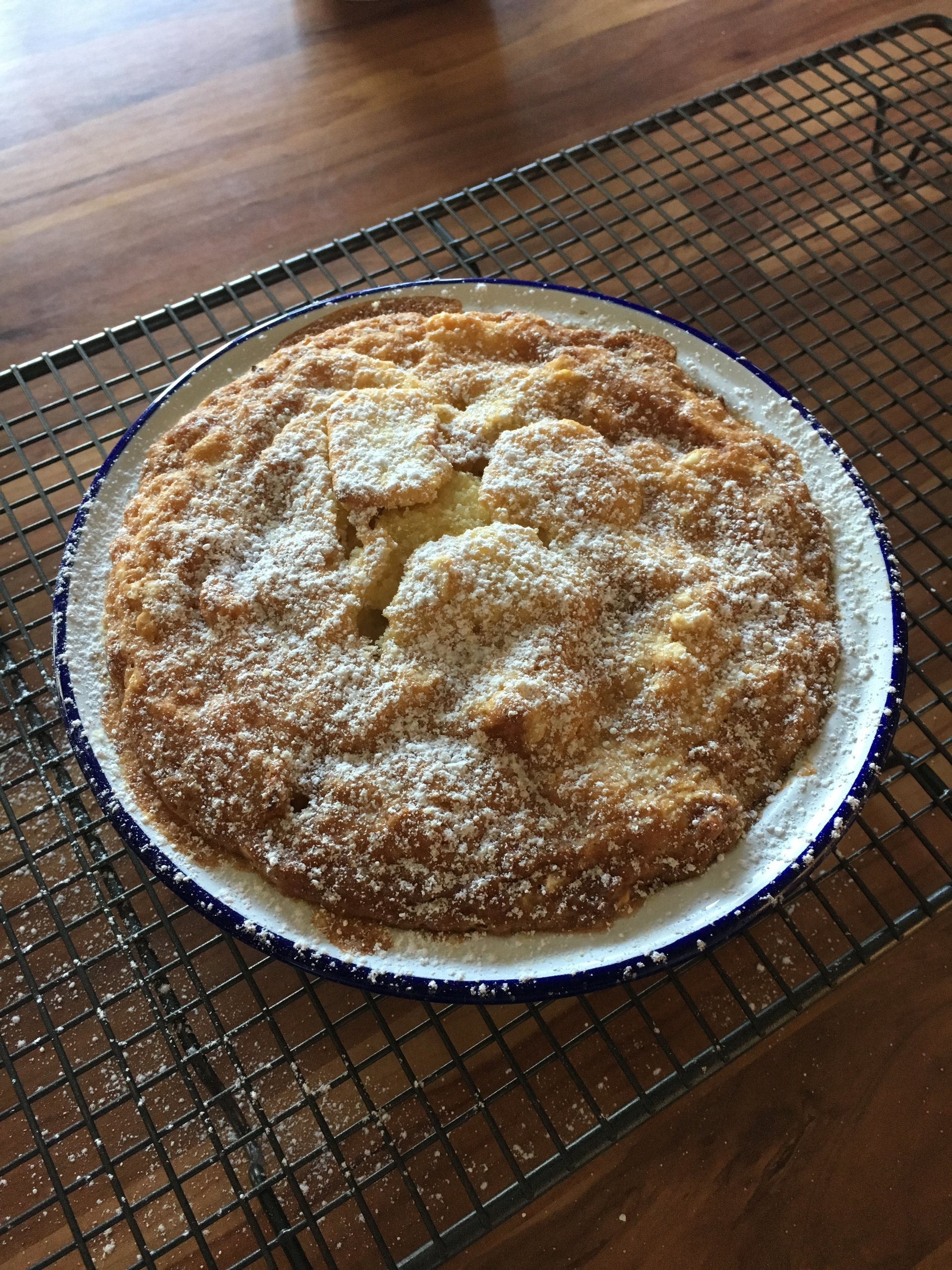 125g Ground almonds, almond flour or ground rice (or a combo – eg half almonds and half ground rice)

2 tbsp flaked almonds to sprinkle over

OR FOR A RHUBARB, ORANGE AND GINGER PUDDING

1 orange (the zest and segments)

Use the same sponge ingredients omitting the almond extract and replacing with 1/2 tsp ground ginger.  No need to use flaked almonds on the sponge.

Preheat the oven to 170 degrees celsius

Start by mixing the batter. Place all the ingredients into a large mixing bowl then mix together with an electric hand whisk until well combined and thick.

For the rhubarb sponge: cut the rhubarb into 2cm lengths then scatter over the orange segments, zest and sliced preserved ginger. Spread the mix over the fruits using a fork or the back of a spoon.

Bake in the oven for 50 minutes to one hour until risen and golden brown.

Serve warm or cold with custard or cream.

TIP If your pudding starts to over brown before the end of the cooking time turn the oven from fan to conventional cooking then place a piece of foil with a hole in the centre (the hole about the size of a cup) over the pudding.  This will allow the centre to continue to brown but will protect the edges.