This pudding is a fantastic crowd pleaser.  Everyone loves it – light, zesty and melt in the mouth with a thin crispy crust. Serve either hot or chilled.  I prefer it hot with a blob of vanilla ice cream. 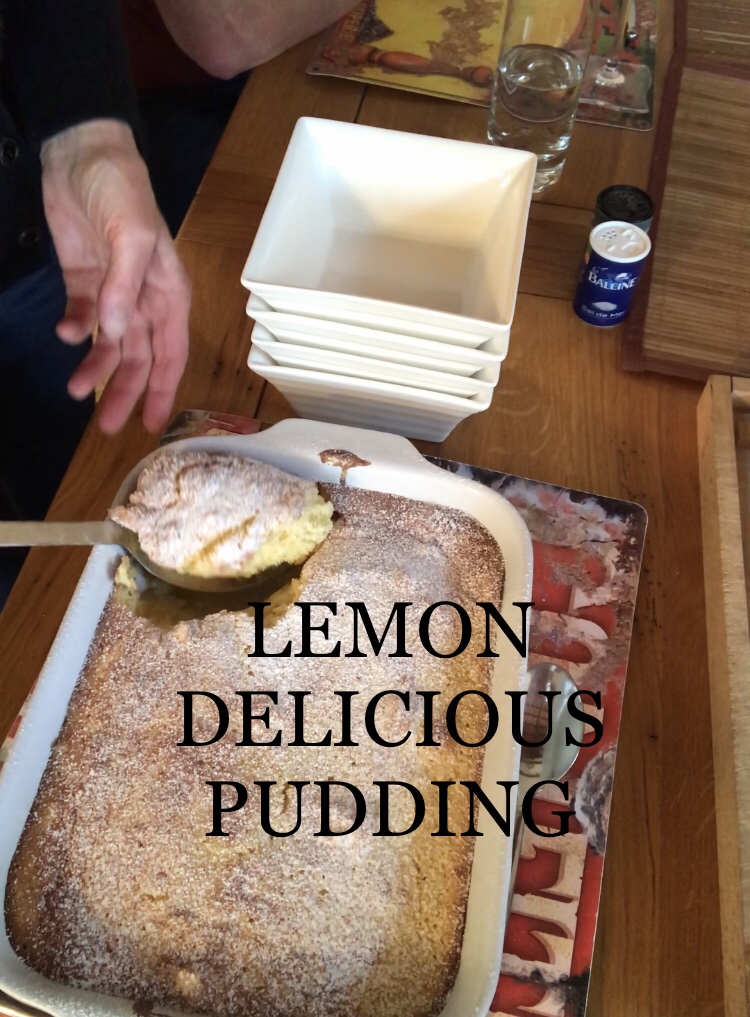 Sifted icing sugar to dust over

In one of the mixing bowls cream together the butter and sugar until creamy and fluffy in texture. Separate the five eggs – place the whites in the other bowl to be whisked up later.

Add the yolks, one at a time to the creamed butter and sugar, whisking well between each addition.

Add then the finely grated lemon zests.  Add the flour and stir well into the mixture.

The mixture will be thick in texture and the milk needs to be added next.  Add a little at a time, whisking in between then finally add the lemon juice squeezed from the zested lemons.

If you want to get ahead the mixture can be left in this state in the fridge for several hours. Leave the bowl of egg whites at room temperature.

When ready to assemble and bake preheat the oven then using clean whisks whip up the egg whites until they are at the stiff peak stage.  Take the lemon batter, give it a stir then start to fold in the whisked up egg whites.  Use a large spoon and fold them in in three sessions.  Don’t whisk them in – you want to be able to reserve as much air as possible in the mix.  The mixture may appear a little lumpy but this is fine.  Transfer the batter to the buttered dish and bake for 35-40 minutes. The pudding will be golden brown on the top.

Sieve over a dusting of icing sugar and serve at the table from the dish.  Any left over pudding is also delicious chilled the next day.