Nostalgic, tasty, easy and cheap to make. A steamed sponge pudding without a steamer, no running windows and no pan boiling dry. No need to cover the puddings with greaseproof paper, string or foil. These puddings freeze well and can be steamed from frozen. 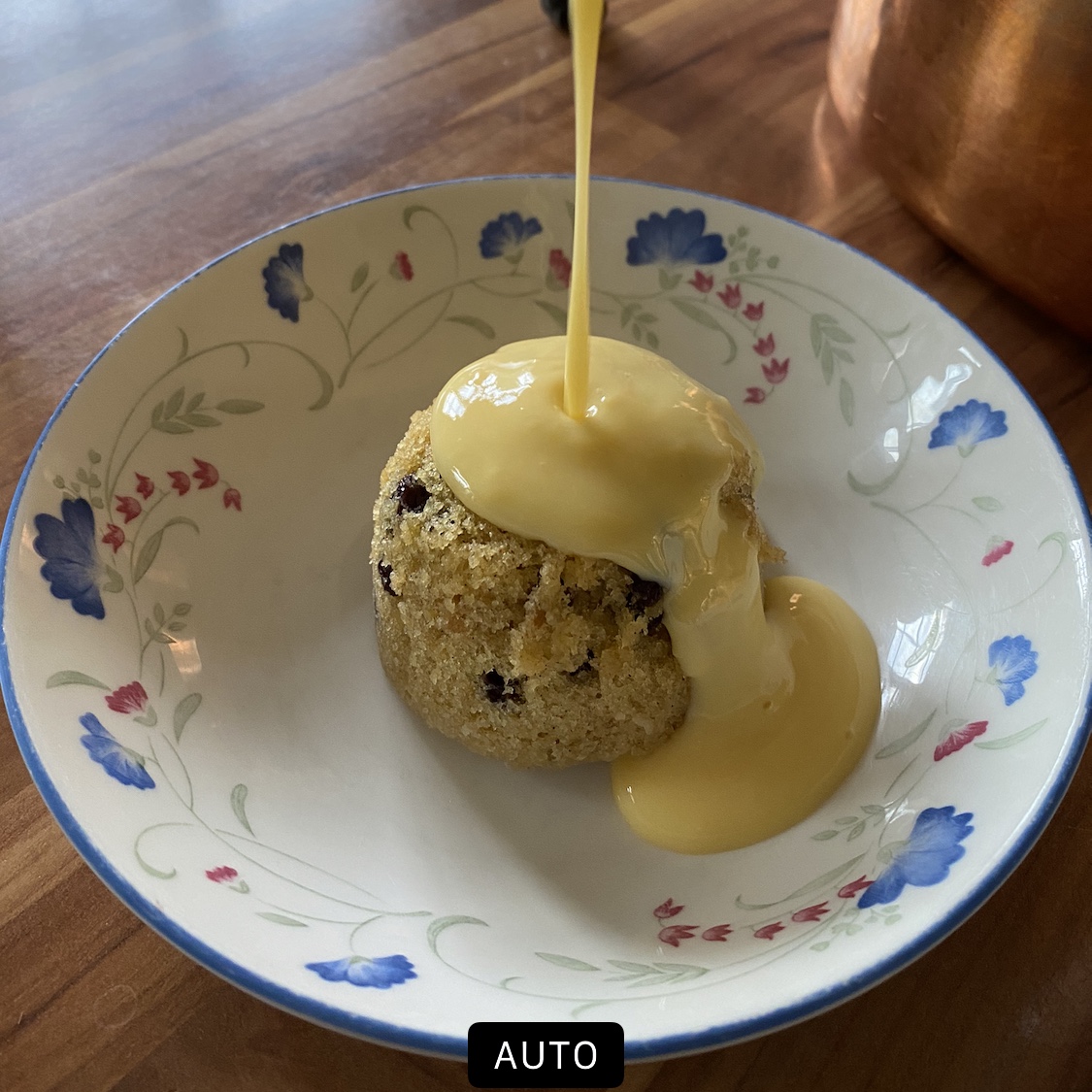 You will need 8 small pudding tins (6 fl oz – 175ml) or ramekin dishes (3 1/2 inches – 9cm diameter) brushed with lining paste and a large ovenproof casserole pan with a well fitting lid big enough to house the number of puddings being steamed.

Preheat the oven to 200 degrees c

In a roomy mixing bowl, cream together the butter/margarine and sugar until light and fluffy then whisk in the eggs one at a time. Sift together the flour and ground cinnamon and fold this into the creamed mixture.

Peel and grate the apple just before you need it so that it doesn’t discolour then fold this into the mix. The apple ensures the puddings are light yet moist.

Finally fold through the currants. I use an icecream scoop to divide the mixture between the eight pudding tins or ramekin dishes which have already been brushed with lining paste.

Pop the puddings into a casserole pan (if making four – freeze the other four for later) and pour into the pan sufficient boiling water to come about 1/3rd of the way up the tins. Put the lid on and transfer to the preheated oven and steam for 25 minutes.

Invert onto pudding plates and serve with custard.

If steaming from frozen add five minutes to the time in the oven.