Soda bread is quick and easy though many recipes have in the past put me off due to the overwhelming taste of bicarbonate of soda. I have been testing the making of this bread for some time and have now developed a quick, light and satisfying bread with no nasty after taste. 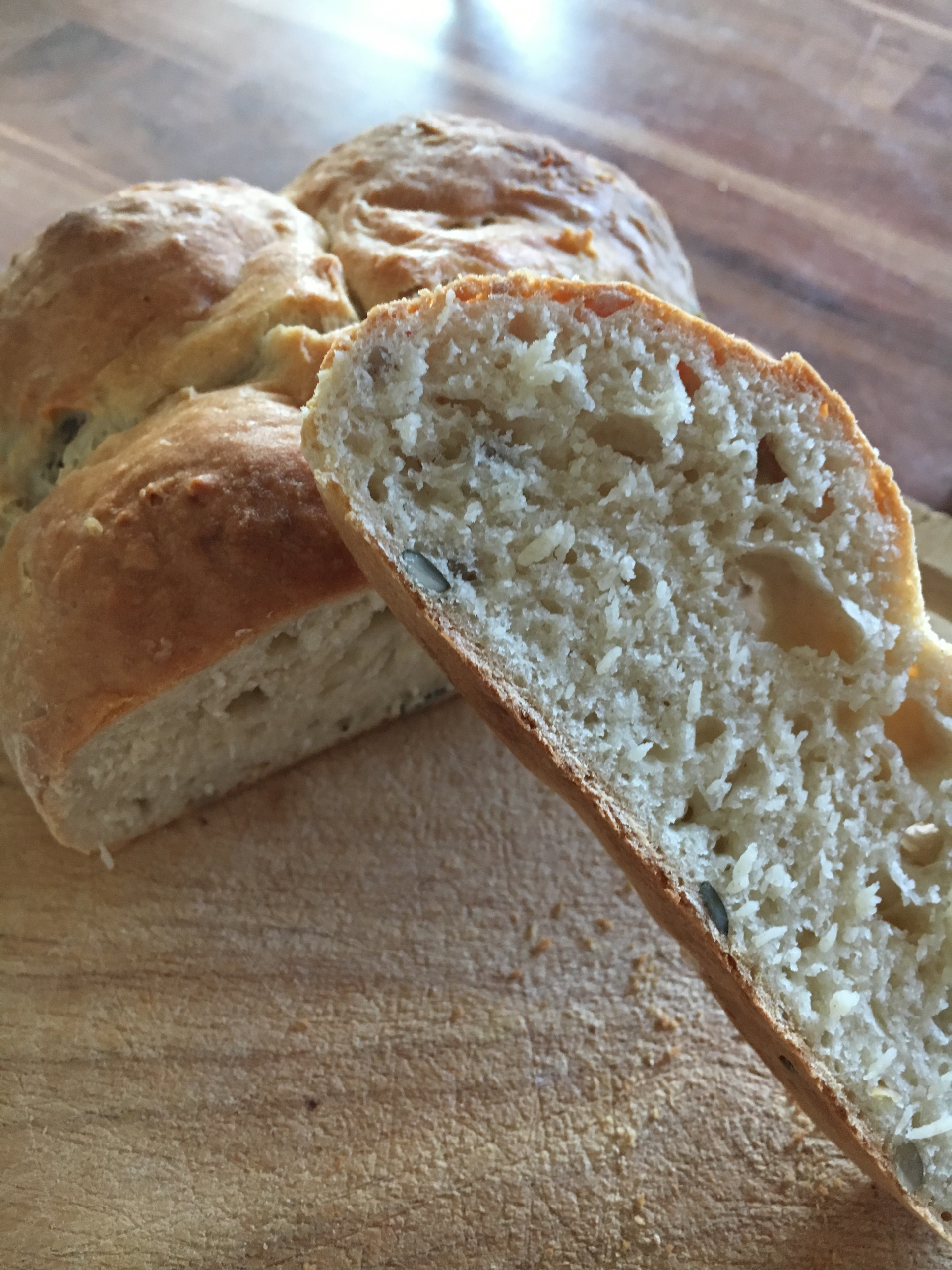 Start by placing the soda, cream of tartar, yoghurt, milk and water in a jug and set aside. The mixture will froth a little.

In a medium mixing bowl place the flour, sugar, salt, oil and seeds then add ¾ of the liquid and stir with a knife or spoon adding further milk mixture until the dough is shaggy, coming together and still a little sticky.

Turn out onto a floured surface and shape lightly. Don’t be tempted to knead as you would with yeasted bread.  Work long enough to form the dough into a ball.

Transfer to a greased baking sheet then with either a knife or plastic bench scraper make a cross into the ball. This is necessary so that the bread bakes all the way through.

Leave to stand until the oven reaches a temperature of 200 degrees c then transfer to the hot oven and bake for 25-30 minutes until the loaf is risen and golden brown.

TIP – The bread will bake with a crisp crust but if you prefer the crust to be soft – leave the loaf to cool wrapped in a clean tea towel.

TIP – Wholemeal soda bread is delicious. 70g Wholemeal plain flour and 180g Strong white bread flour along with all the above ingredients will bake a delicious loaf to be enjoyed with soup.