This cake is probably one of the most popular, the easiest and certainly one of the cheapest to make.  This recipe makes two cakes so you will need 2 x 1lb loaf tins brushed with lining paste. Bake in an 8 inch square tin for 12 slices, a deep holed muffin tin for 10 Mini cakes and a large bundt tin for a crusty lemon bundt. I also use this recipe to make 10-12 Lemon Curd Muffins - a light sponge with a zingy curd centre.  I have included the recipe for the curd which just happens to be vegan. A traditional curd made from eggs, butter, sugar and lemon just doesn't work. 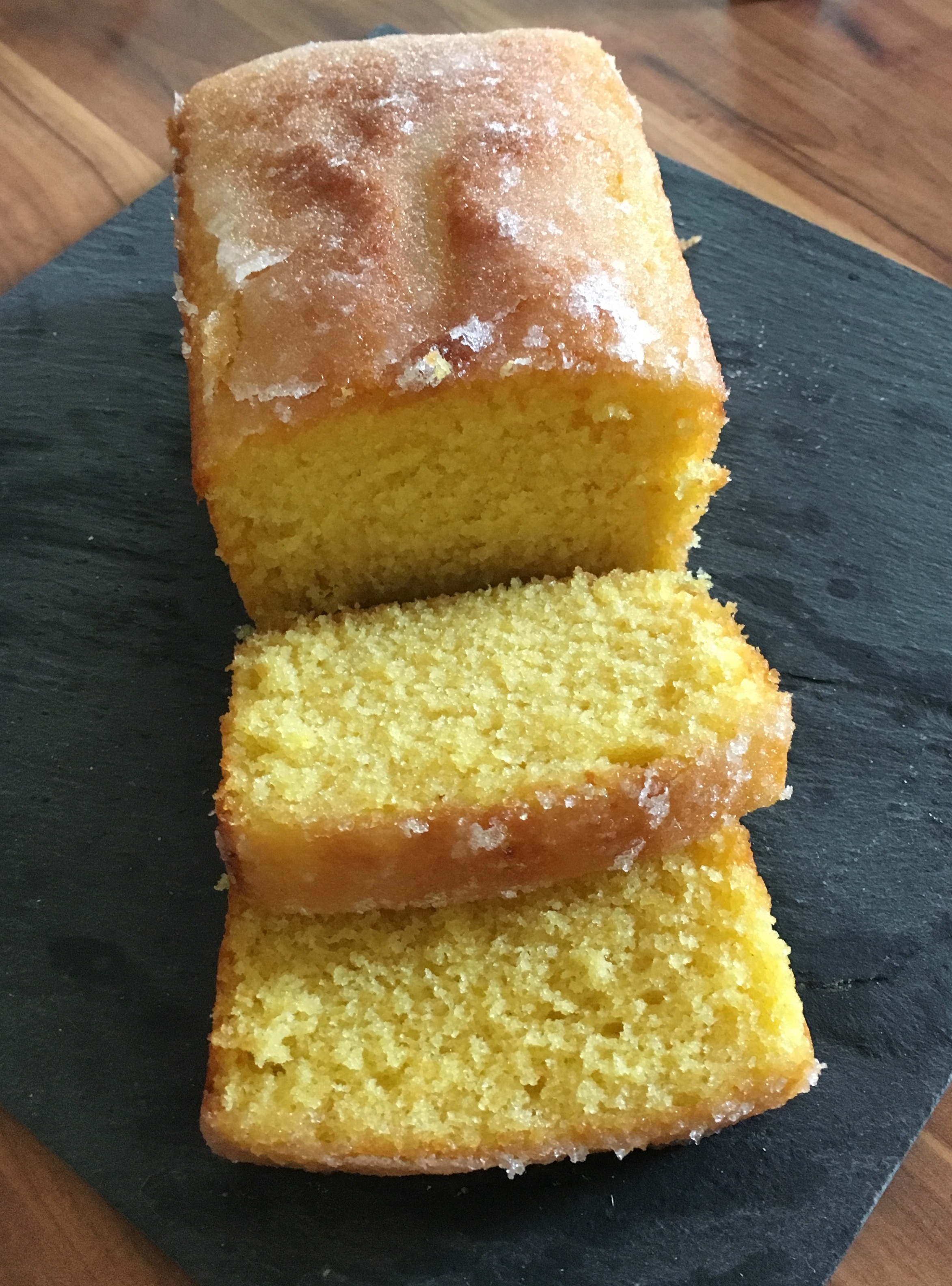 For the crusty topping

Juice of the other half lemon

In a roomy mixing bowl cream together the margarine  (or butter) and sugar until light and fluffy.  Add the eggs one at a time whisking well between each addition.

Fold in the sifted flour then add the grated zest and juice along with the lemon extract.

Divide equally between the two tins then bake at 180 degrees centigrade (fan) for 25-30 minutes until the cakes are firm to the touch and golden in colour.  The mini cakes, bundt and slices probably only need 20-25 minutes.

Remove the two cake tins to a cooling tray and leave for just five minutes.  Mix the granulated sugar and lemon juice together then brush over the tops of the hot cakes.  Leave the cakes in the tins to cool completely.

The sugar will cool to a crispy crust and then remove the cakes from the tins.

TIP  Ring the changes and make an Orange Drizzle Cake.  Use the finely grated zest of one orange and half the juice in the cake and the other half’s juice in the crunchy glaze

Note: traditional lemon curd made from eggs, butter, sugar and lemon will not work in this recipe. A curd made without eggs and butter is the only way I have found to maintain a gooey centre,

Start the day before and make the Vegan curd. Simply place all ingredients into a small saucepan, stir all the time over a low heat until curd thickens then transfer to a 12 hole round ice cube tray or silicon mould. Pop into the freezer until ready to use.

Next day – Brush the 12 holes of a deep muffin tin with Lining Paste and pop into the fridge.  Preheat the oven to 190 degrees celsius.

Mix the cake batter as described for the cakes above and I use an ice-cream scoop to evenly divide the mix between the 12 holes.  Pop a frozen curd into the centre of each muffin so that can be just seen.

Bake for 18-20 minutes until pale golden then immediately brush with the crunchy topping and leave to cool completely in the tins.