A winter warmer and particularly luscious at Christmas and perfect served up as an alternative to Christmas pudding. Light, moist and tasting so orangey ! Don’t be concerned that the clementines around the edge of the pudding may taste bitter – they are sweet and so tender due to the long slow cooking. 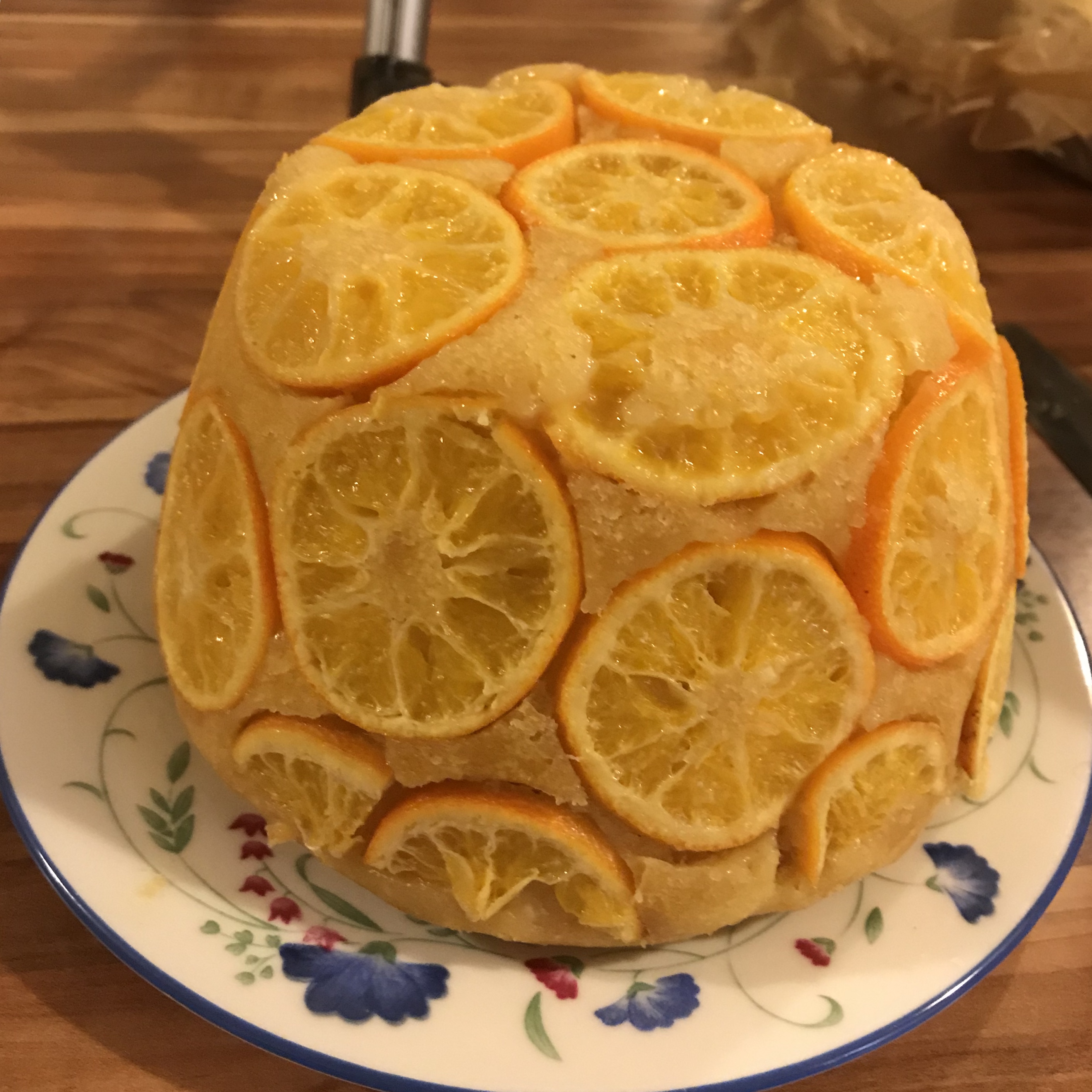 You will need a 2 pint pudding basin greased or even better use my lining paste.

Finely grated zest of 1 orange and the juice

In a small bowl place the apricots, whisky, orange zest and juice and the marmalade. Using a stick blender blitz to a thick paste then set aside.

In another bowl and using a hand whisk mix together the margarine/butter and sugar until light and fluffy. Add the eggs one at a time and whisk well between each addition.  Fold in  the flour and ginger and mix until the flour is well combined then finally fold in the apricot/orange paste.

Take the clementines and slice each one as thinly as you can then, starting at the base of the greased basin – lay the slices side by side in the pudding basin working up and finishing about 5cm away from the top.  Transfer the pudding mix into the pudding basin and smooth the surface with the back of a spoon.

Take a piece of greaseproof paper and make a fold in the centre then tie this around the top of the pudding basin using a piece of string. Trim the paper so that it finishes just below the string.  Top off with a piece of foil.

Take a large casserole pan and preheat the oven to 100 degrees centigrade (fan). Use a trivet or plate in the bottom of the pan, place the pudding basin on top then pour boiling water into the pan so that it comes about one third of the way up the basin.  Place a lid on the top of the casserole pan and allow to simmer on the hob for 20 minutes.

After 20 minutes transfer the pan to the oven and allow to cook for 3 hours. Remove the casserole from the oven, carefully take out the basin and turn out onto a plate and serve with custard, cream or icecream.

TIP : This pudding can be cooked in advance and will keep warm for about an hour if left in the basin or turn out of the bowl and reheat in the microwave !