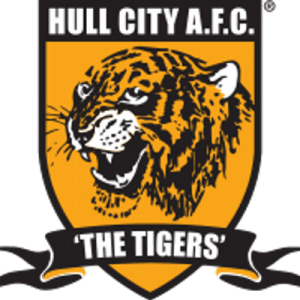 February's weather can change in an instant

Hi Readers – how was your week ? For me it has been full on – not only in the baking world but with family too. I was occupied from Monday to Friday this week with childcare and dog sitting. My son and his family went skiing in France and we looked after their dog a black Labrador. In fact he was good company for our labs and kept Rosy thoroughly entertained. Half term is always a problem for working mothers and my daughter asked us if we would look after Alice for a couple of days. She loves baking so we had several sessions in the kitchen. Unfortunately, the weather outside was grim but we got ourselves togged up and ventured out for long walks with the dogs. It's such a good way of uncoiling those children and animal  energy springs.

I think the wonderful thing about being a youngster is getting excited. My grandchildren get excited about going to "grannie's" and long may that continue !

Saturday took me all the way to Berkshire for a very civilised baking demonstration to a group of wonderful ladies in a beautiful house. It was the first time that I had been invited to demonstrate in someone’s house and I was really looking forward to the experience. I made my way there by train and had the privilege of travelling first class. The journey was three and a half hours and consequently I needed to use the facilities. I stepped outside the tranquility of my first class seat and discovered that in the rest of the train people were crammed in like sardines.  The train was literally rammed with people – sitting, standing and packed into the space between carriages. The problem I think was due to the West Bromwich Albion supporters on their way to their match with Reading.

What I hadn't bargained for was being recognised !!

Suddenly I was part of a series of "selfies" with these football supporters. We talked about the FA cup as the team I support (Hull City) was playing Arsenal in the FA cup at the Emirates and were expected to get thoroughly beaten. The supporters on the train were a great bunch if I'm honest. It was even suggested by them that I "bunk off" my appointment and go along with them to their match. Such was their kindness that I was offered a can of Guinness which I declined. That said they insisted on carrying my very heavy case from the train and they were polite and helpful as anyone could be.

They somehow wangled themselves alongside me in first class for the last 15 minutes of the journey and the whole carriage, along with other passengers and the guard had a good old chat ! – hilarious. I don't know who they all were but good fun all the same.

So what a day Saturday turned out to be. I have been told that the ladies of Berkshire had a great afternoon I certainly did and would you believe it Hull City drew with Arsenal!! I didn’t see my football supporters on the train back from Reading but they would have been a little subdued as Reading beat their team WBA.

I love people and picking out humour from conversations will never cease to entertain me.

Have a good week readers x