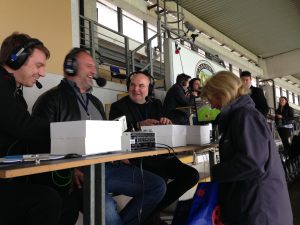 Rhubarb is one of my favourite plants

It is Barbeque weather already

Last week thankfully saw the end of all the party political broadcasting and on Thursday I dutifully took off to our local polling station to cast my vote.  I say dutifully because my grandmother always instilled in me the need to use my vote but there again she was born in 1914 and the trials and tribulations associated with women getting the vote was very fresh for her generation.

I decided to go down to the station at about 6.15pm before a game of tennis ! – yes you heard me correctly “tennis”.  However, this sounds more energetic than it really is and as has been said before about me I have “all the gear and no idea” – so there goes.

Anyway back to the voting – couldn’t believe it, there was a queue and quite a long queue at that and cars everywhere so I thought forget it.  I cannot be late for the “match” so I will come back later.  Tennis finished then a little glass of wine (as you do) and off again to vote and – still a 30 metre queue.  I joined the line which was actually quite fast moving and was actually encouraged when I looked.  Most were young people – brilliant.  So pleased there was a good turnout.

Back on the home front the guinea fowl have finally decided to nest in the safety of the chicken run.  Prior to this the hen was laying an egg each morning amongst the scrub on the ground under a tree in the garden and every night the fox enjoyed it.  We even caught it on camera !

I am a Hull City supporter and have a certain amount of banter going on with the BBC Humberside Sport presenters David Burns and Peter Swan ever since they said “on Air” after I won the Bake Off that they love sausage rolls and wondered whether Nancy made a good one !  I took some to the match one time and that’s where it started.  Some many weeks ago I put a photograph of a cheesecake I had made on Twitter and Swanny (Peter Swan) said it was his favourite and could he have one.  The banter continued on air each and on Twitter until eventually I took three small strawberry cheesecakes to the match last week.  The banter continues ! – great fun.

I urge you to try this recipe.  It is probably the easiest dessert you will ever make but with a little care and attention can become a real showstopper.  It is great for the summer because you don’t need to switch the oven on, can be made a day in advance and is lovely and light.

Congratulations to all the winners at the BAFTAs last night – sorry Bake Off didn’t win though I do love Grand Designs.

Hull City have a mountain to climb so come on lads “You can if you think you can!” – I should know.