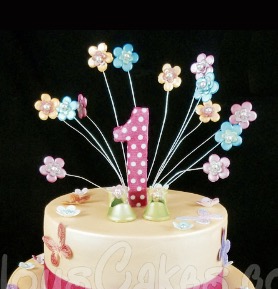 It's the first day of Spring

Hi readers and I hope you have had a good weekend. As I write this week I have just returned from an event funded by the Barclays Premier League entitled Premier League 4 Sport.  It is a project which was started in September 2009 and has helped tens of thousands of young people get involved in sport in their local community.  I had been invited as a special guest and was honoured to be there and meet some of the motivated young people – some had travelled some distance but many were awarded with trophies and prizes to take home and be proud of.

This event along with my attendance at Elkie Brooks’ concert on Friday night had me thinking about inspirational people and the general work ethic that is in some people and with it they achieve great things.  Elkie Brooks is an English singer and I have been a fan since the 1970s.

Going back to the PL4S event this afternoon – the prizes were presented by Dean Windass who was a former Hull City football player.  His memorable moment of glory just on retirement was to score the winning goal which took Hull City from the Championship to the Premier League a few years ago.  He spoke a few words this afternoon but part of his presentation I felt came from the heart and were words which should always be embraced.

He said that as a very young lad he wanted to be a football player but early on he was told that although he had a certain degree of skill he lacked speed so probably would not make it.  He decided then that he would prove that person wrong.  He would work, train, work and train until his fitness, body and speed improved.  That is certainly what he did.

On a similar note I listened to an interview with Elkie Brooks on the radio this week (who I may add is now 71 years and doing a tour which started in February and continues for much of this year).  She was asked about her career and her approach to life.  She again was truly inspirational – she works hard, trains her voice, rests her voice, knows her limitations and keeps physically fit.

I saw her live in concert and was absolutely bowled over by her energy, quality and attitude to her career.  She openly admitted that at 71 she isn’t going to look 50 – but she did.  Her voice had a depth and strength that I think is better now than when I last saw her perform some 30 years ago.

Over a year since my Bake Off success I still work to improve what I do whether that be recipes, public speaking, demonstrating and dreaming up new ideas for cake and dessert decorations, flavour combinations and techniques.  It doesn’t stop and I am absolutely certain the people I have met this week are exactly the same.